It was Esmerelda’s birthday. She didn’t see any point in celebrating getting old, but Israel insisted on taking her out for the evening. 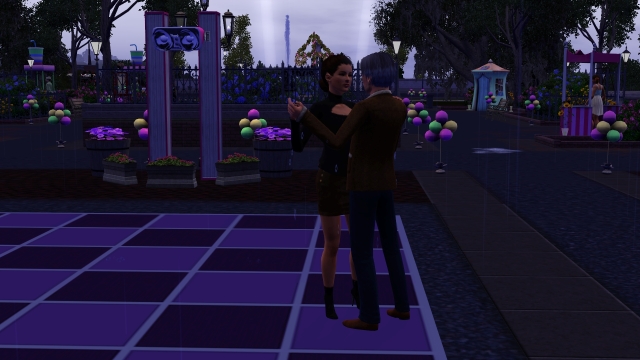 Despite the rain, they danced the night away at the Spring Festival, before heading over to the Bistro for dinner.

Later that night, Esmerelda aged into an Elder. 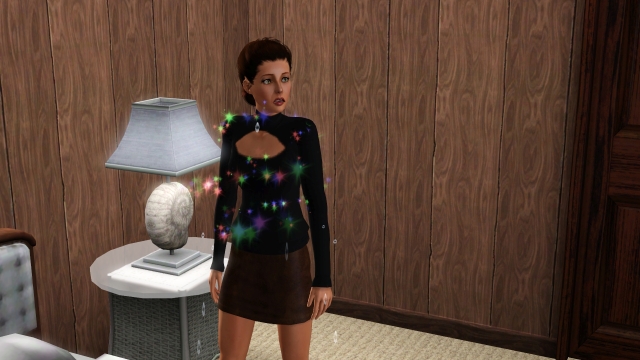 She couldn’t quite handle the thought of having grey hair, so her first step after aging up was to dye it brown!

Derek had also been out that evening. His first royalty checks for his latest Sci-Fi novel had come through, and he’d decided to spend the money on something he’d wanted to do for a long time – getting some tattoos done on his arm. 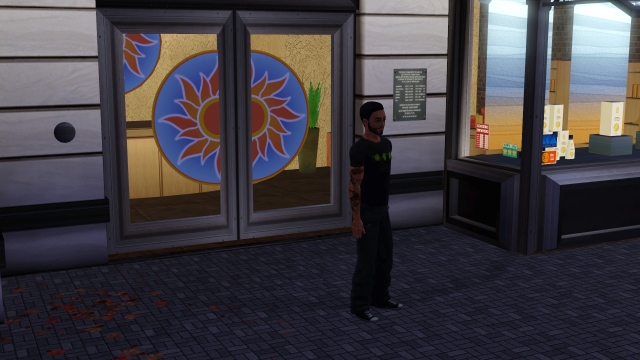 Aurora and Paris had both been relentlessly working to return to their pre-baby fitness levels, often spending many hours at a time exercising in the new family gym. 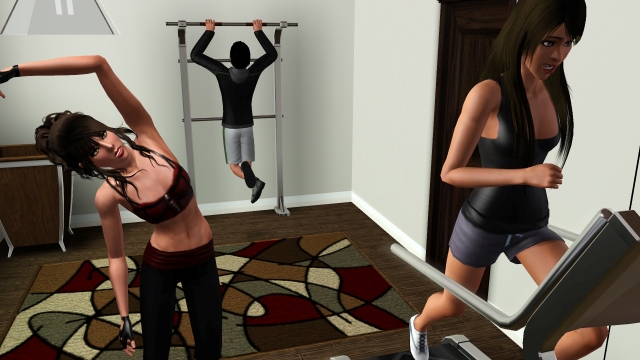 Tristan often joined them, but only to show off his superior strength!

It had been a long time since there had been babies in the house, with the next youngest family members soon to become adults, but now there were two. 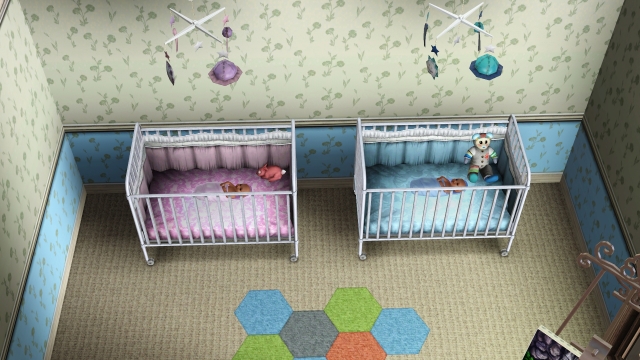 But little Isla and Jet were growing up fast, and very soon it was their birthdays too. 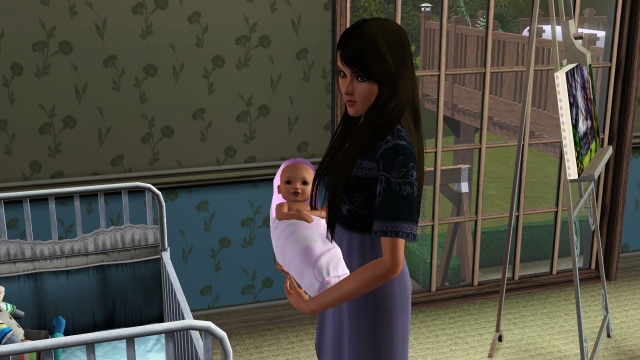 Isla was an adorable toddler. 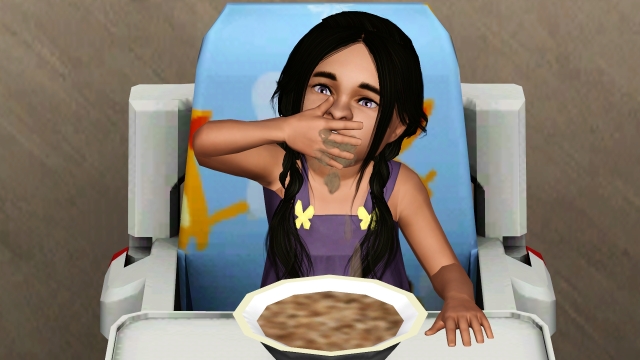 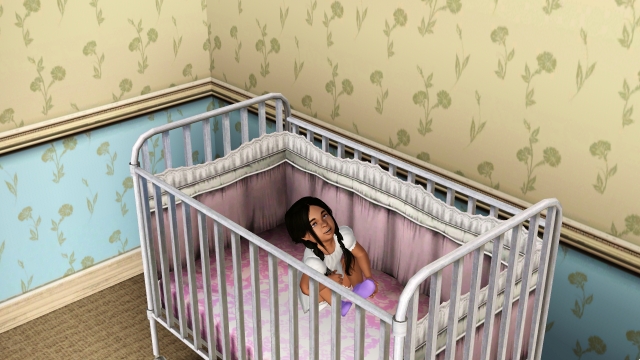 She had pretty purple eyes just like her mother. 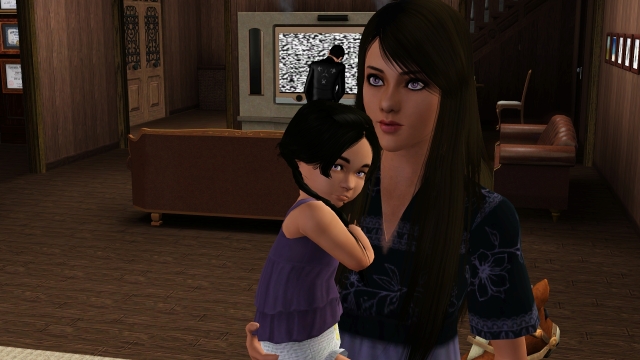 The family had also extended the lounge room to include a play area for the two tots.

Jet became a toddler less than 24hours after his mother’s cousin Isla. He had dark hair and green eyes, like a true Maldini!

Aurora found the perfect t-shirt for her little boy. Derek, unsurprisingly given his dislike for children, hadn’t taken much of an interest in his son, but even he thought the t-shirt was cute! 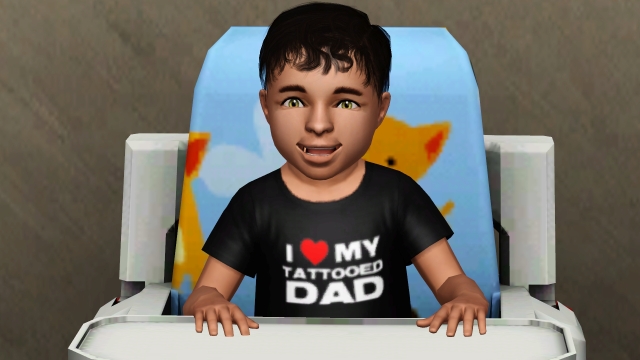 Celeste decided to test out the new baker’s oven they had just added to the kitchen. 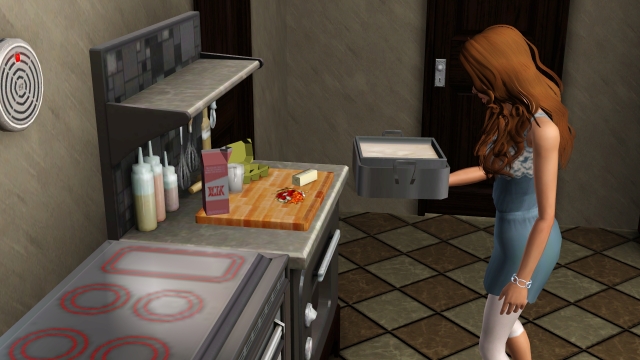 She was baking birthday cakes for herself and her twin brother Caleb. 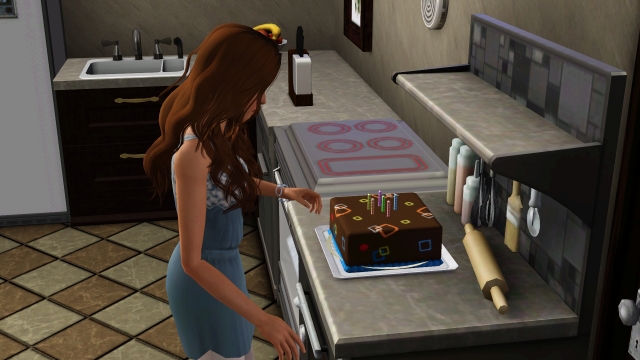 It was a very important birthday for Esmerelda’s youngest children, as they were becoming young adults.

The full moon cast an eerie glow over the house as they family gathered to watch the twins blow out the candles on their cakes. 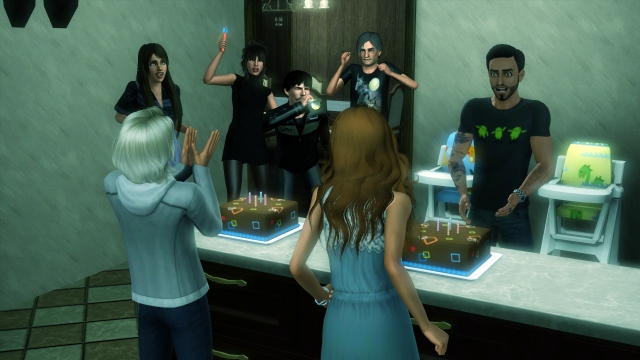 Caleb got the Easily Impressed trait and chose Physical Perfection as his lifetime wish, as it suited his plans to follow in his mother’s footsteps in the Thief branch of the family business.

Celeste got the Daredevil train, taking after her grandmother Estelle. She was very musical like her father, and her lifetime wish was Golden Tongue, Gold Fingers. 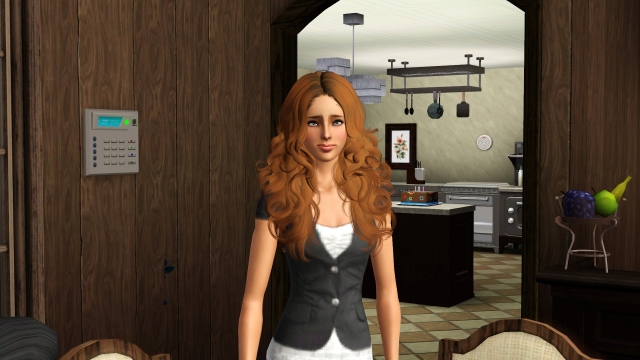