It was late in the evening after Jet’s birthday dinner. Everyone had finished their cake and it was time to go. The night was not over yet though, as Tristan and Aurora had decided to take the opportunity to show Isla the house they had purchased for her.

It was a very small, single story house, located directly across the road from the Bistro.

It was conveniently situated on a hill just up the street from where Isla would soon be working at the police station.

Caleb and Derek headed home, but the rest of the family walked across the street to check out the house.

Isla entered first. She stood in the middle of her new house and looked around, taking in all in. Sure it was small, and it definitely needed re-decorating, but it was exciting to have a place of her own. Of course she wouldn’t be living here most of the time, but she had to appear to be living away from her criminal family as part of her cover story. 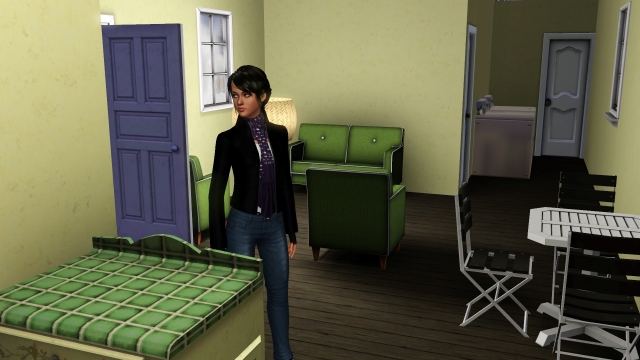 “Ugh, it’s so ugly,” Ebony said, screwing up her nose as she looked around, “What’s with all the green?”

The house had two small bedrooms and one bathroom, with a combined living/dining. 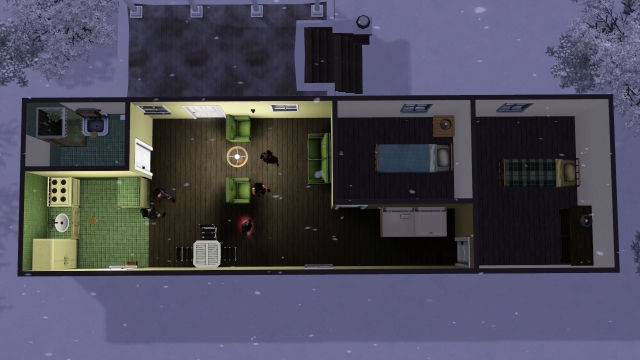 “Alright,” said Aurora with a yawn, “Now you’ve all had the grand tour, let’s go home.”

“We will?” Isla asked, after Tristan, Aurora and Ebony had walked out.

Jet leaned forward to murmur in her ear, “We’re both adults now, we don’t need anyone’s permission to be together. Let’s not go home tonight.”

Isla smiled, “I don’t know… have you seen the bed here? It doesn’t look very comfortable to sleep on.”

“I wasn’t planning on doing any sleeping,” Jet replied with a grin. 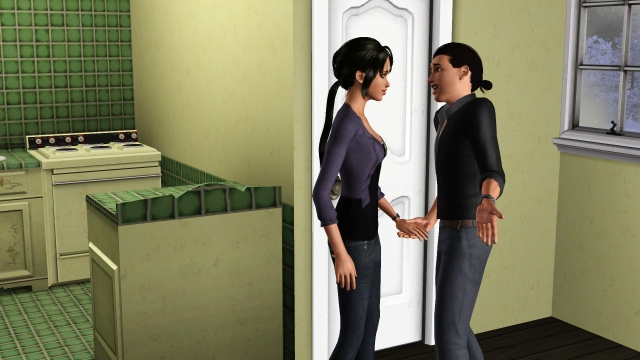 Isla laughed and leaned in to kiss him.

Jet took her hand and led her down the hallway to the bedroom. Their family didn’t exactly approve of their relationship, and they would have to keep their love a secret from the whole world for the rest of their lives in order for Isla to pursue the career path chosen for her.

But Jet and Isla knew that they were meant to be together and this felt like the right time for them to consummate their relationship. They believed, even if no one else did, that the love they shared would last a lifetime.

The next morning, they awoke early and headed home to get ready for their graduation.

Once everyone was dressed and ready, they all headed off to the town hall for the graduation ceremony. 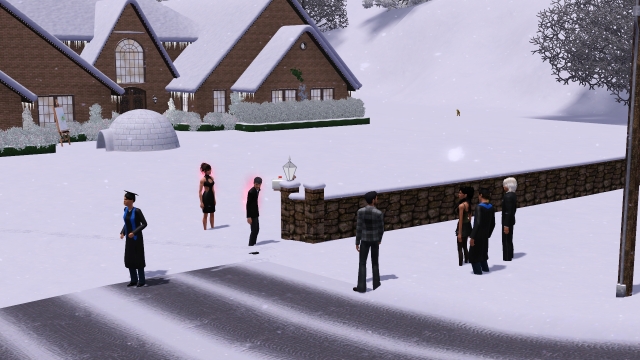 Everyone was surprised that Jet got chosen as class Valedictorian over Isla – although Isla got voted Most Likely to Take Over the World which was pretty impressive!

It was a freezing cold day, and the snow lay thick on the ground.

Jet and Isla knew they weren’t supposed to be seen together in public anymore, but the inhospitable weather meant that the festival grounds were practically abandoned.

They skated together on the empty ice-skating rink all afternoon until the temperature dropped too low and they had to hurry home to warm up.

Aurora met up with her half-sister Celeste after the graduation ceremony.

“I know,” Celeste replied with a sigh, “It was just never the right time, with Tyree in and out of work and everything…”

“I’m just happy you found the right time in the end,” Aurora said, “I’m so excited for you both. I’ll finally get to be an Aunty!”

The day after graduation Isla headed down to the police station.

This was her first test, and it wasn’t easy. She told them now that she was of age she had inherited the money her mother had left her in her will. Now she able to break free of her family and pave her own way. She told them that with all her heart and soul she wanted to right the wrongs her family had done and dedicate herself to a life of fighting crime. For now they seemed to believe her. But it would be a long time before they really trusted her. She would have to work hard to prove herself.

While Isla was at the Police station, Jet went to the Llama Corp Shipping Co. warehouse to join the family business.

Jet was now ready to start his life of crime! One day this business would belong to him, but for now he’d have to slog it out in the bottom levels of the organization. 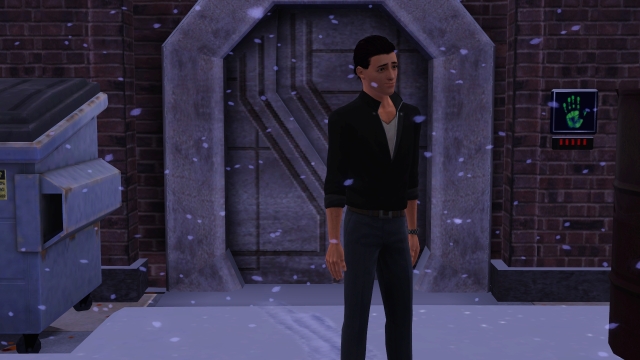