It was passed midnight when Aurora and Tristan arrived at Elkhorn Park.

It was a secluded spot, situated in the middle of the swamplands. It was also a spot regularly used as a drop off for the criminals in their organization, so Tristan knew Jade would not be suspicious. 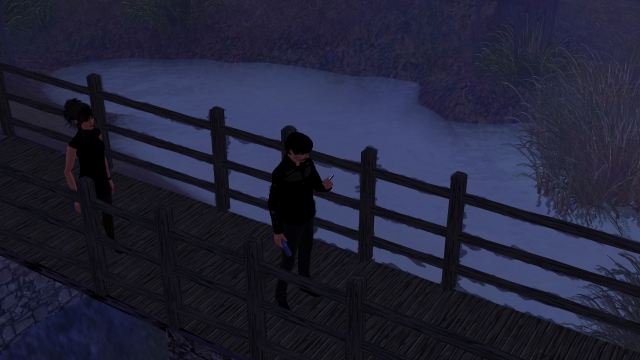 Aurora listened nervously as her Uncle informed Jade there job that had gone wrong earlier that night and the team involved had dumped the loot at Elkhorn Park. He told her he needed her to collect it immediately  before the police came snooping around. Would Jade buy it? There had been a lot of tension between her and the Maldini family of late as she not-so-secretly plotted to take control of their criminal organization. 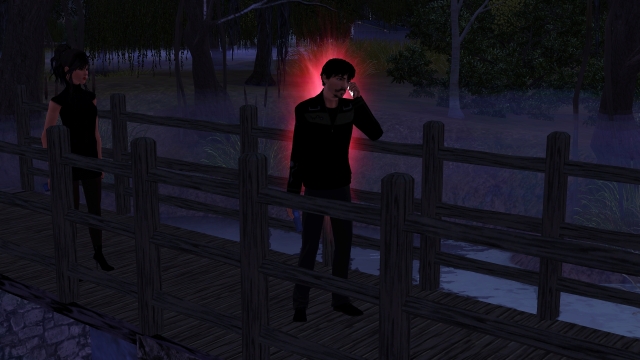 It seemed Jade had believed Tristan, because it was not long until her car pulled up.

Tristan was waiting for her. 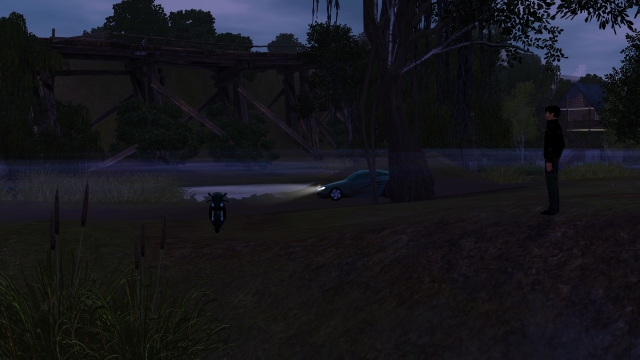 “What’s going on?” Jade asked as she saw Tristan standing there, his gun in his hand. 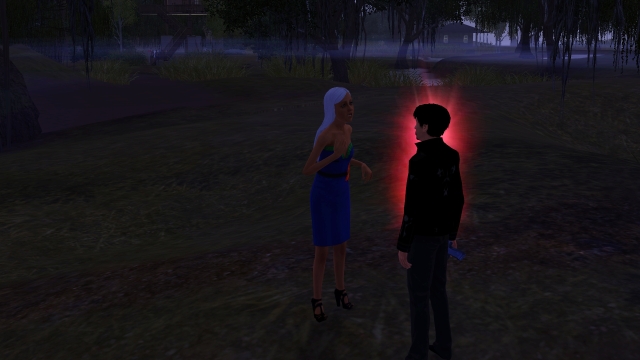 “Walk down towards the swamp,” Tristan said, his voice frighteningly free of any emotion.

Aurora watched from the footbridge as Tristan marched Jade towards the swamp.

He said nothing more – there was no need for explanations. Jade had realized now that Tristan had discovered all her plotting, and she found she couldn’t find her voice to say anything in her own defense.

Tristan didn’t even hesitate, as Jade was knee deep in the murky water, he raised his gun and shot her twice in her torso. 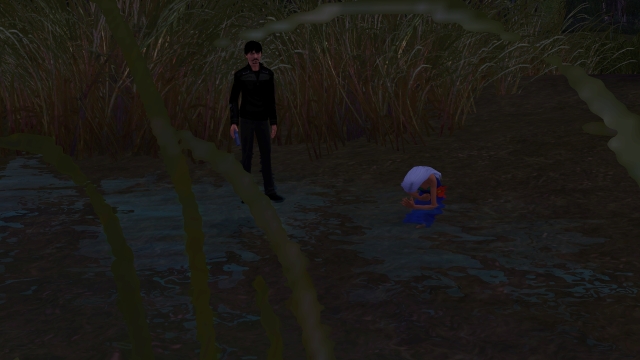 Aurora stood frozen as she watched her uncle commit murder. It was a necessary murder, she knew that, but she felt herself grow a little colder by having a part in it. 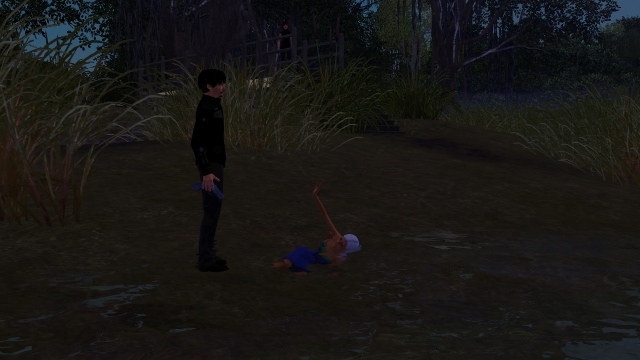 Aurora ran down to where Tristan was as the Reaper arrived for Jade’s soul.

“Are we just going to leave her body here?” she asked.

“Yes. Let the fish have her,” Tristan said indifferently. “We should go now.”

The next day, Tristan’s girlfriend Paris had some had some exciting news to share with him. 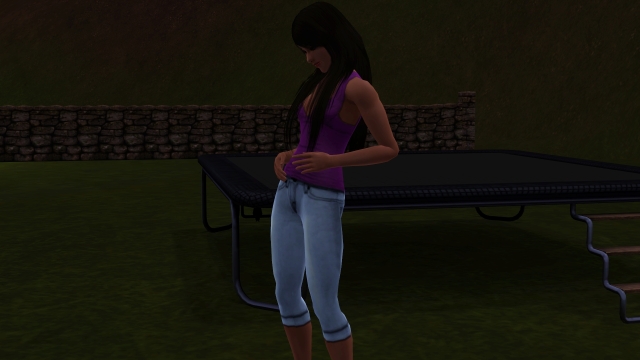 After hearing Paris’ news, Aurora realized she too had been feeling somewhat off-color lately, though the murder of Jade Racket had distracted her from noticing it.

Could she also be pregnant? Before she could stop to think about it, she was overcome by nausea and rushed into her mother’s ensuite to throw up over the toilet. 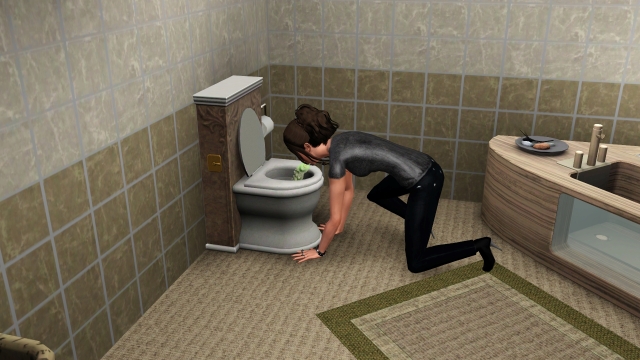 Though she hardly needed to, Aurora took a pregnancy test just to be certain – sure enough she was pregnant! 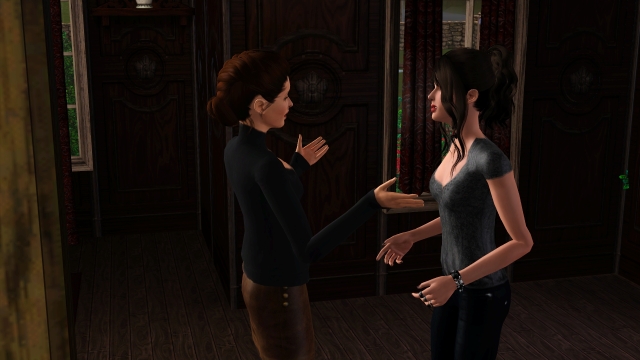 “That’s wonderful news!” Esmerelda said when Aurora told her. “Does this mean you and Derek are going to get married now?”

“We’re not getting married – ever. You know I don’t believe in marriage, it’s just a bit of paper to me. And besides, you were never married to my father!” Aurora pointed out.

“Yes,” sighed Esmerelda, “And see how that worked out…”

It wasn’t long before Aurora’s baby bump began to show. 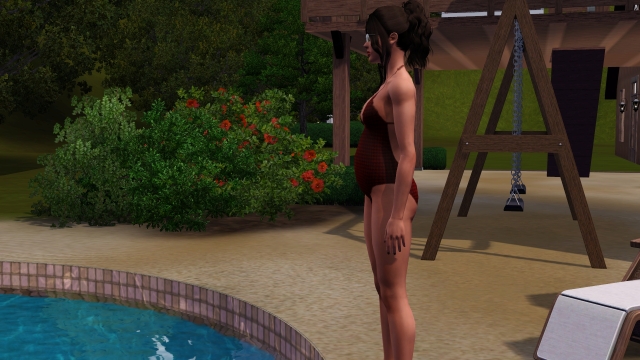 She and Paris spent a lot of time together, comparing notes on their advancing pregnancies.

Paris was now living with them. When Tristan was around Paris it was the only time he ever showed a softer side.

He loved her dearly, and never more so now that she was carrying his child.

In fact, he had decided the time was now right, and he asked her to marry him.

They decided to have a private wedding, just the two of them.

They headed to the center of town, and stood down by the river to say their vows and exchange rings. 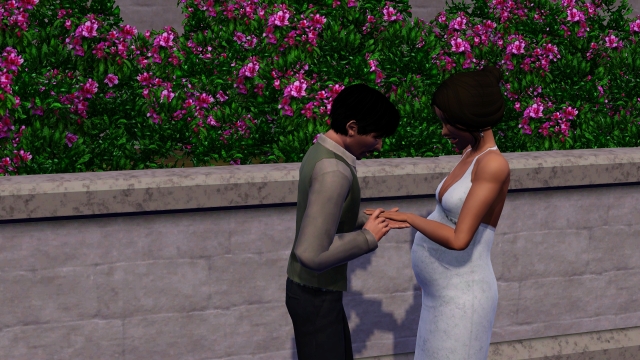 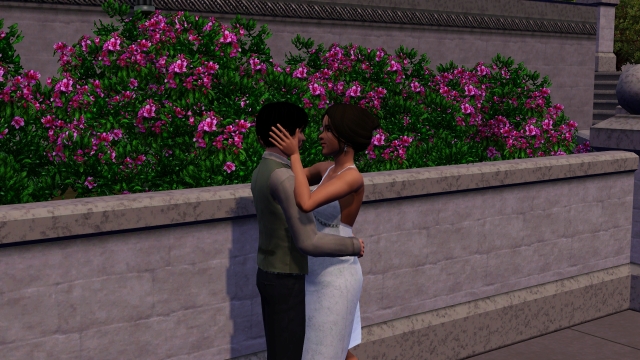 After the wedding, Tristan and Paris walked up to the Spring Festival to share their first dance as husband and wife.

Although things took an unexpected turn halfway through their first dance… 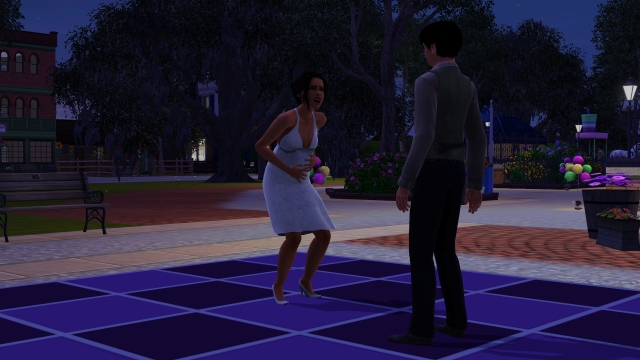 Tristan was naturally horrified at the thought of his wife giving birth on a dance floor in the middle of town. 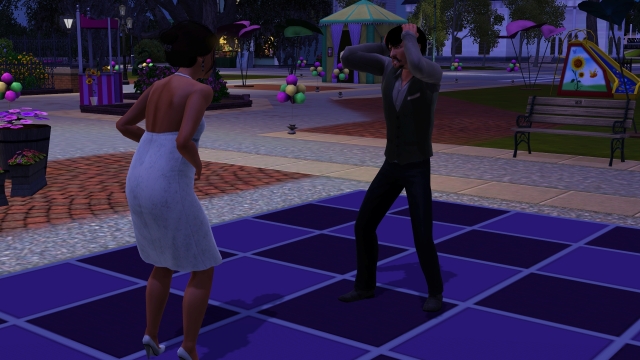 “What do we do! You can’t have the baby here!” Tristan shouted.

“Then hail a taxi,” Paris replied exasperatedly, “I need to get to the hospital!” 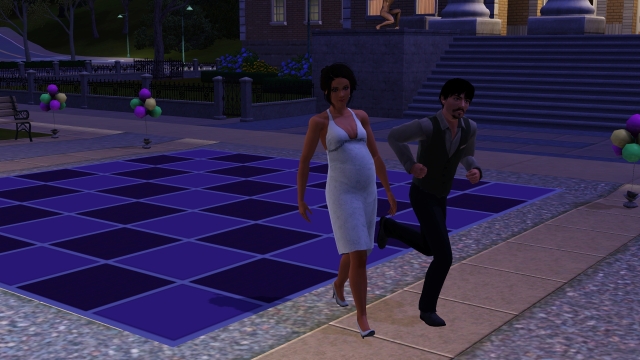 Luckily the impressive taxi service in Twinbrook didn’t disappoint and they were able to get a lift to the hospital right away.

It wasn’t long before Tristan and Paris’ daughter was born.

They named her Isla. She had the Disciplined and Genius traits. 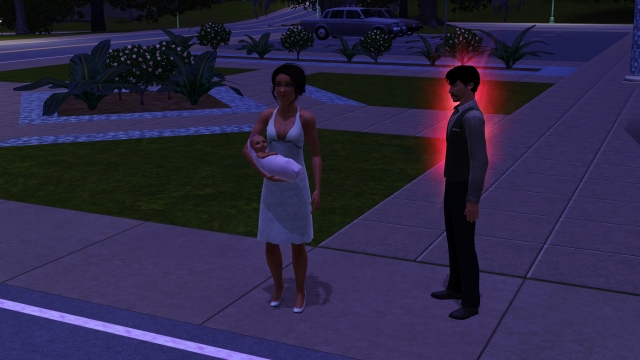 Back at home, Aurora wasn’t letting her pregnancy get in the way of her extensive exercise regime. 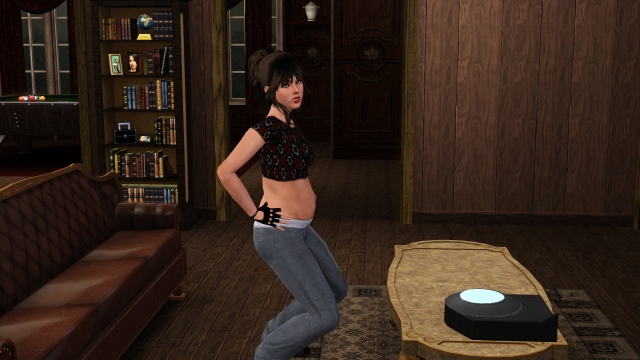 But tonight something didn’t feel quite right. So she went and asked her mother about it.

“Well you are getting close now to your due date,” Esmerelda told her, “I wouldn’t worry about it.” 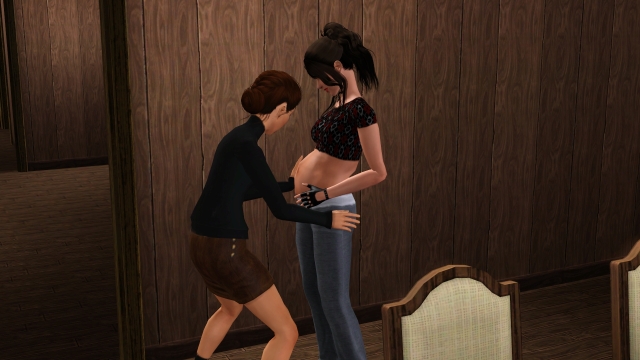 But later that night, Aurora became more certain that the baby would be arriving soon.

“Don’t freak out or anything,” She said to Derek, “But I think I’m going to have the baby tonight.”

“Tonight?! As in now?!” Derek exclaimed, starting to panic.

All of a sudden, Aurora was hit by an agonizing contraction. 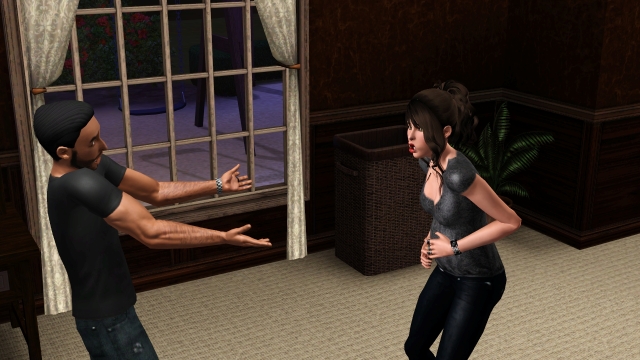 “I’ll go get help!” Derek announced, before rushing from the room.

But luckily Aurora didn’t need any help, and before long she was holding her baby boy in her arms.

Aurora now had a son be her heir and to lead the next generation of the Maldini family. He was Disciplined and a Heavy Sleeper. 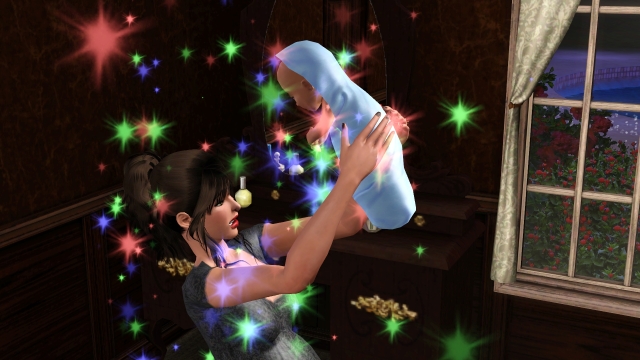 “Jet,” Aurora whispered his name as she cradled him in her arms, for she already felt sure her baby’s hair would be as jet black as his father’s. A perfect little dark haired boy to begin the fourth generation of their family of crime.