Now that she was getting older, Esmerelda had taken a step back from the family business. The onset of rheumatism in recent years had meant she was no longer able to actively work as a thief, and her role was now purely managerial.

With Aurora working long hours, and Derek having zero interest in his children, Esmerelda was more than happy to spend much of her time at home looking after her little granddaughter Ebony. 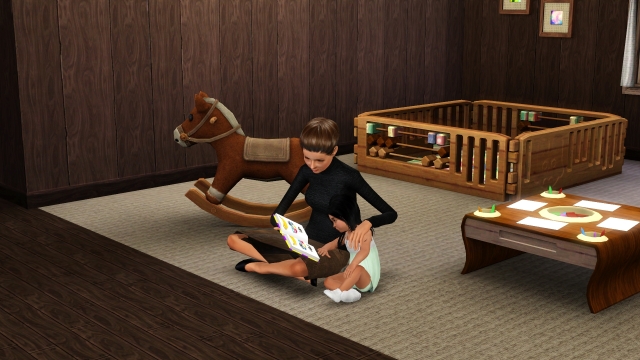 Jet and Isla didn’t need any baby-sitting. With their birthdays just around the corner, they were enjoying the last few days of their childhood.

Esmerelda’s husband Israel had purchased a row boat with the idea that he might take up fishing, however it hadn’t been used since he’d bought it. Jet and Isla begged him to drop them and the boat off down at swamps so they could spend the day there. 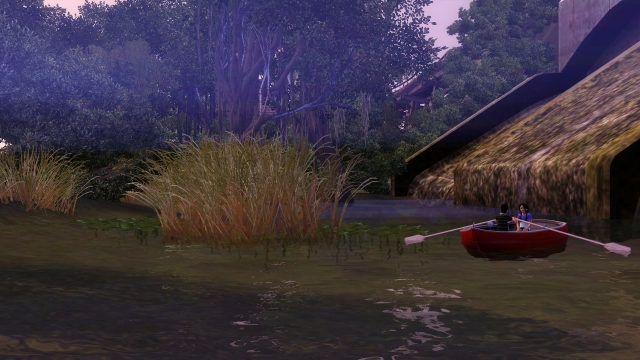 It was a gloomy setting, but they liked it. They had no idea that Isla’s father and Jet’s mother had committed murder barely 100 yards away, or that the bones of Jade Racket still lay in the shallow water of this very swamp… 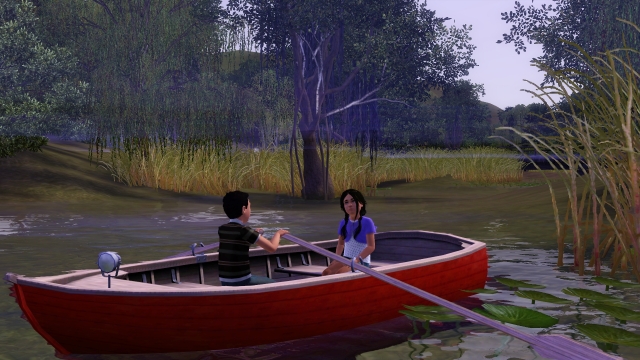 They just found the setting spooky and interesting and liked the fact that the area was almost always deserted. 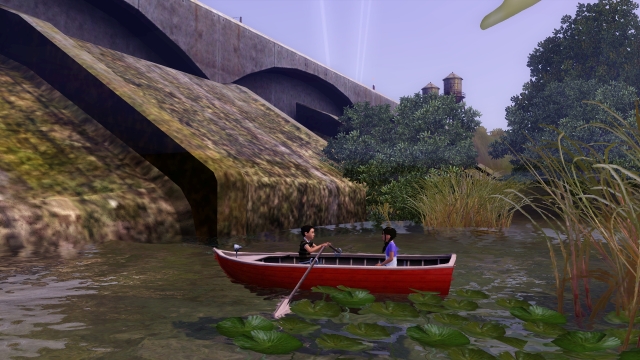 Isla had decided to take advantage of the hot sunny weather and have a pool party for her birthday. 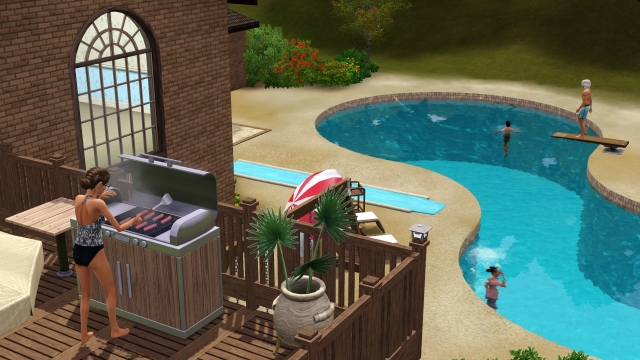 The whole extended family turned out to have a barbeque lunch on the deck. 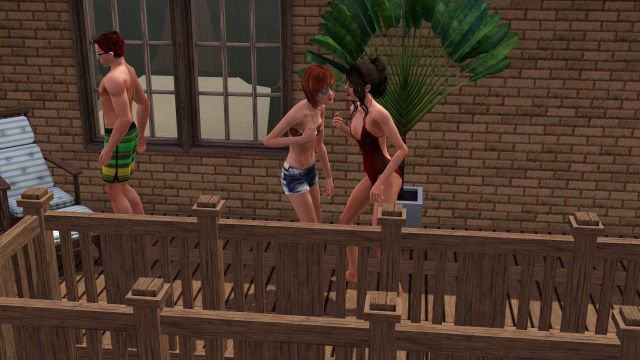 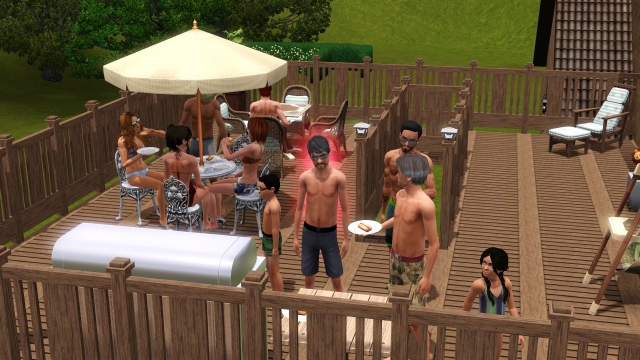 Jet challenged his aunts and uncle to a game of dominoes. 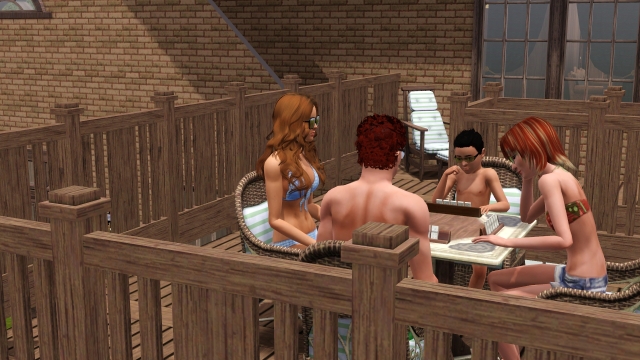 Then it was birthday cake time! 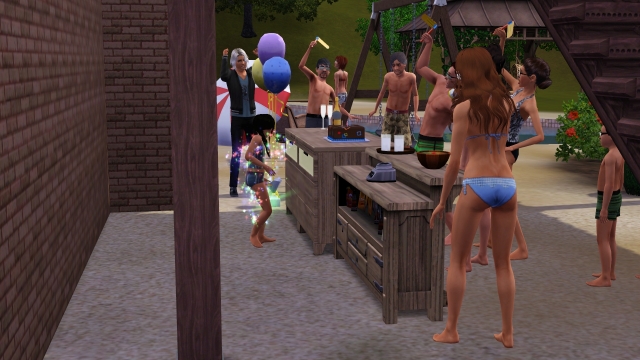 Tristan’s daughter was now a teenager! She grew up to be beautiful just like her mother and got the Brooding trait. 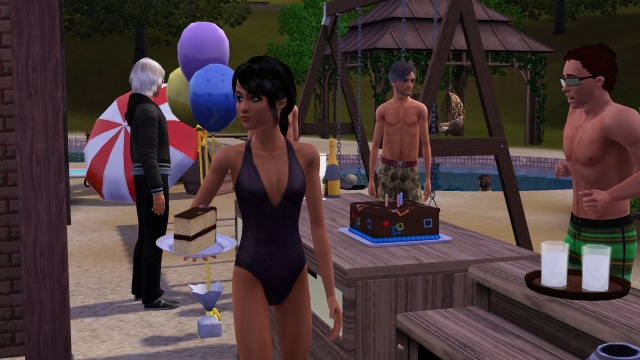 The pool party went on into the evening. 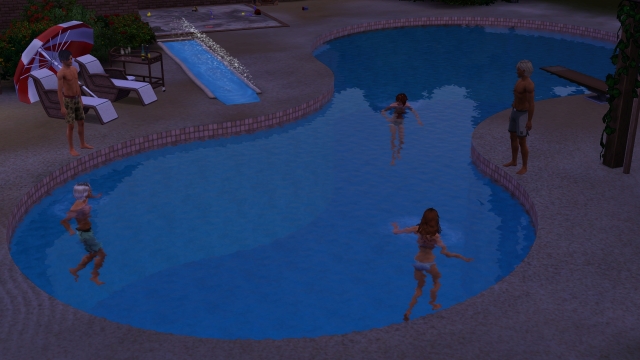 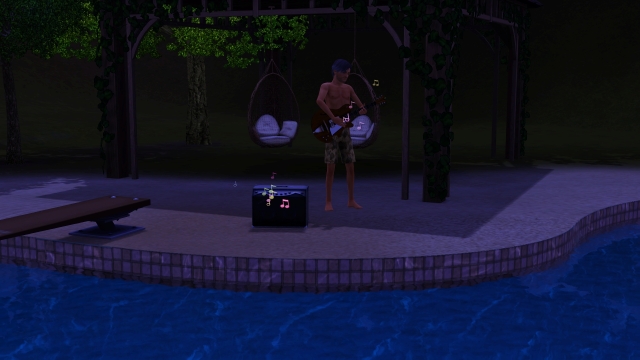 And Aurora’s boyfriend Derek celebrated a birthday of his own – he was now an Adult! 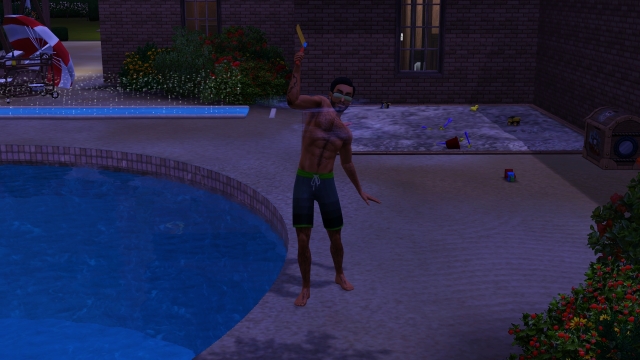 The day after Isla’s party dawned just as bright an sunny, which was lucky as it was now Jet’s birthday.

This time the family decided to spend the day out, and they met up at the Summer Festival in the middle of town. 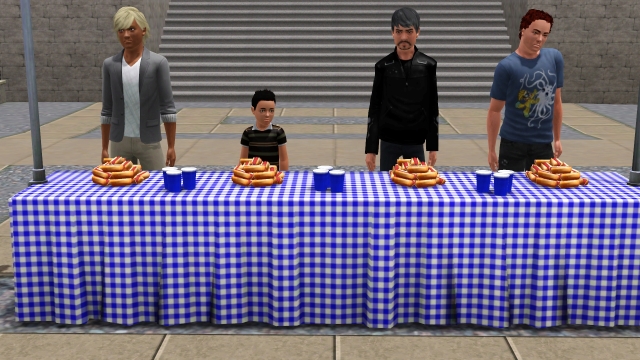 The “gentlemen” of the family decided to have a hotdog eating contest.

All dignity was thrown by the wayside as Tyree, Jet, Tristan and Alec battled to stuff as much sausage and bread into their mouths as possible. 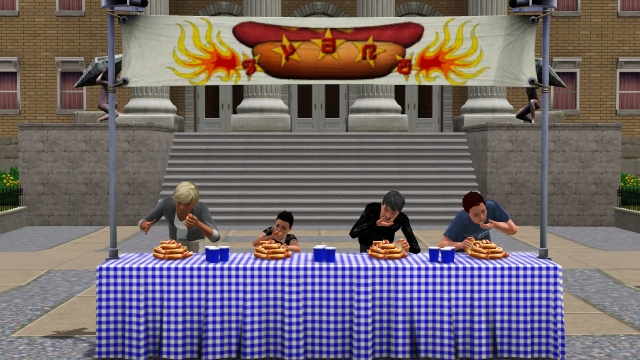 Alec won! Not that the results came as much of a surprise to those who were related to him… 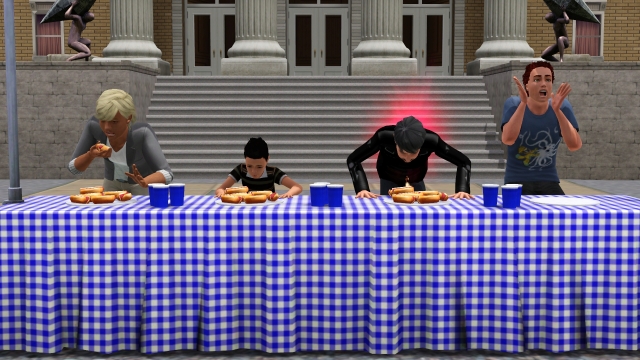 Afterward, they headed down to the beach. 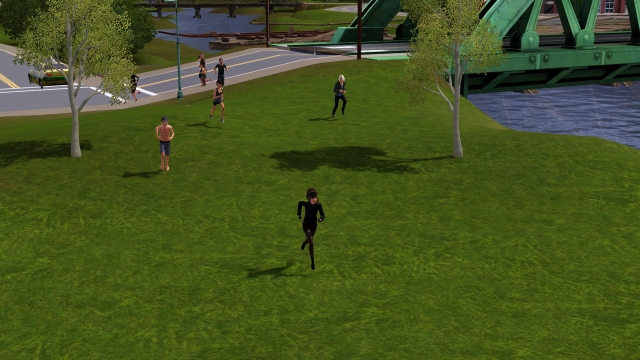 Those of them who hadn’t stuffed themselves full of hotdogs enjoyed a picnic lunch by the water. 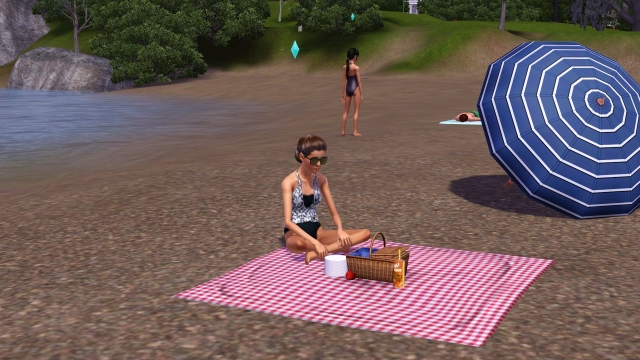 It was a rare opportunity for them to be all together away from home and away from the stresses of running a criminal empire. 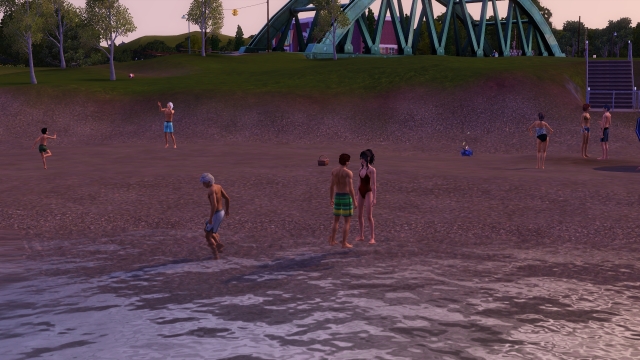 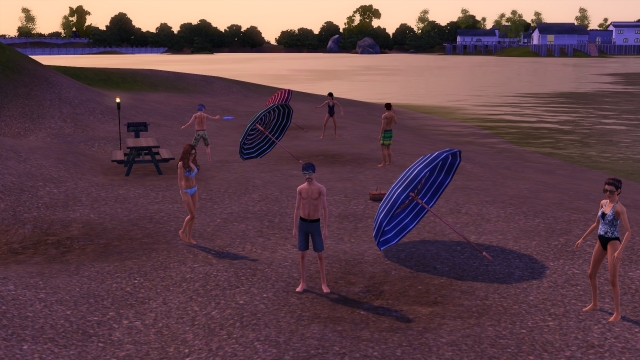 They spent a leisurely afternoon before gathering in a large gazebo that overlooked the beach to cut the the birthday cake. 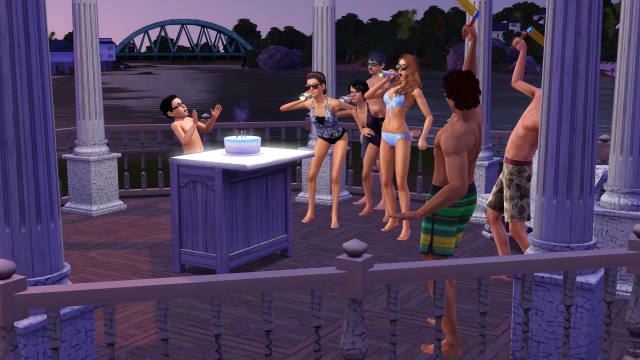 Jet aged up to a teenager and got the Supernatural Skeptic trait. 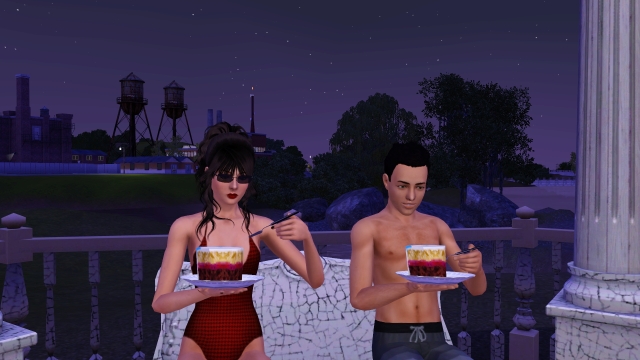 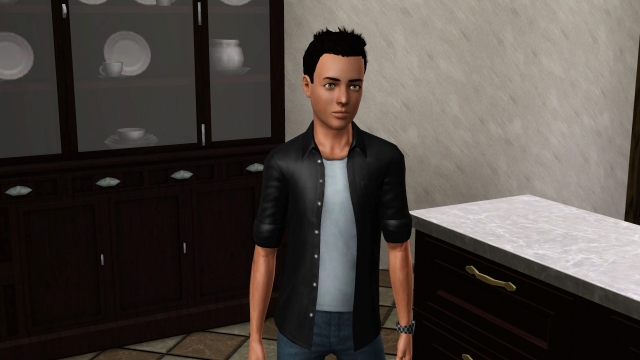 To complete to onslaught of birthdays in the family, Ebony aged up into a child without a cake or a party! She got the Light Sleeper trait. 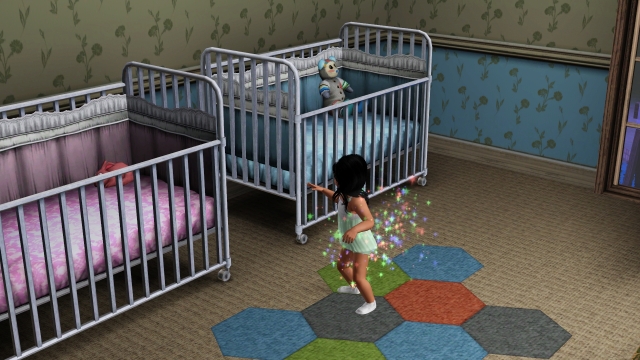 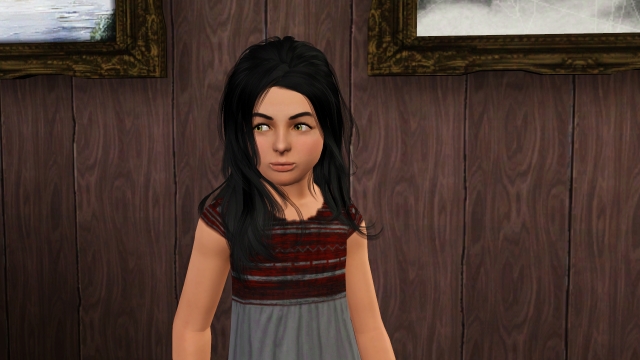 With Ebony now starting school and Jet entering high school, Aurora couldn’t believe how fast they had grown up. She could only wonder what kind of people her children would grow up to be, and hope that they would be ready when the time came for her to pass the family legacy on to them. 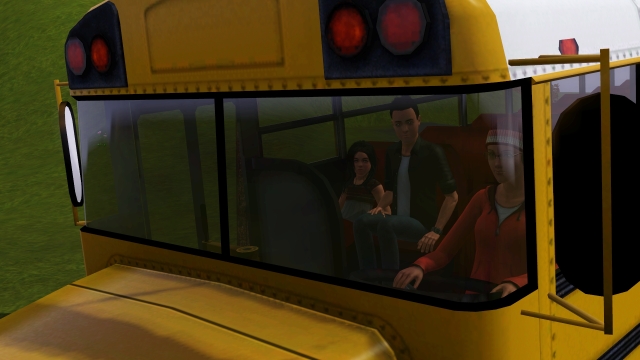